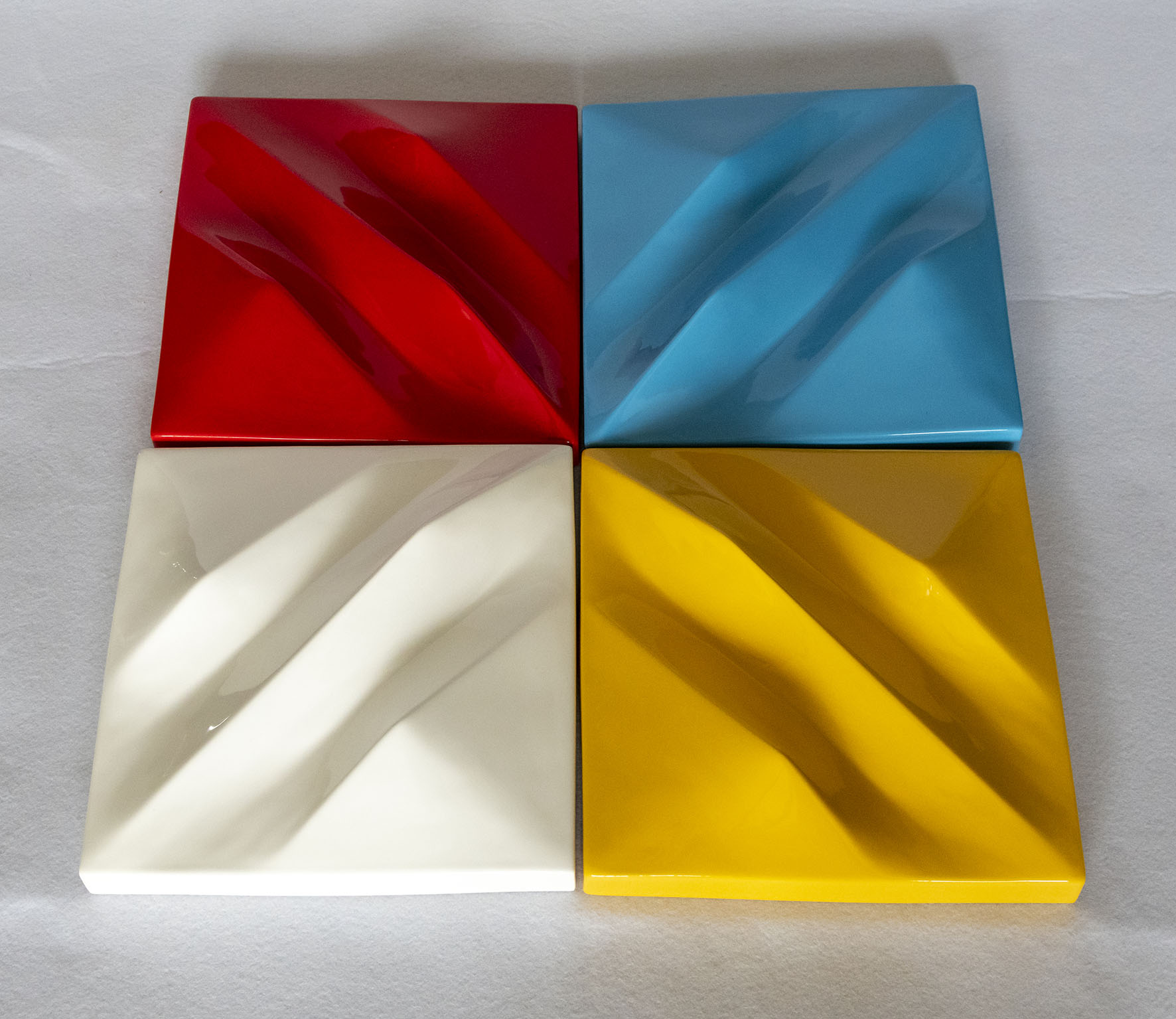 Extroverted ceramic is one of the most fascinating contemporary visual languages;  space is arranged in unusual dimensional solutions, composition, original for chromaticism and spatiality.

This technique allows aesthetic and stylistic research aimed at the perfection of shapes and chromatic choice; the geometric rigidity of the form unites the unlimited space.

Feeling and reason, emotion and rationality come together in the same artistic form.

Monochromatic extroflections form a kind of dynamic cartography; the dunes, the circles, the stitches of color, tell a universe that lights; with shiny tones and pulsating matter, as if the clay revealed its ancestral breath.

Geometric constructions can be matched and set in shapes and colors by telling an abstract universe; as from a new alphabet of shapes that connect by showing all their vibrant energy. 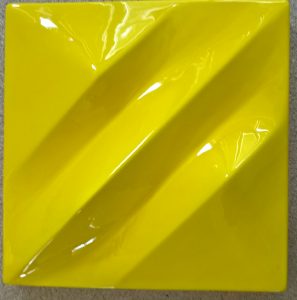 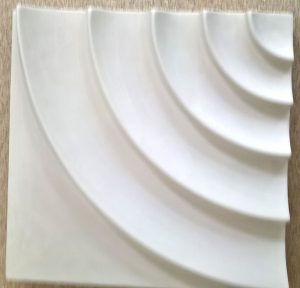 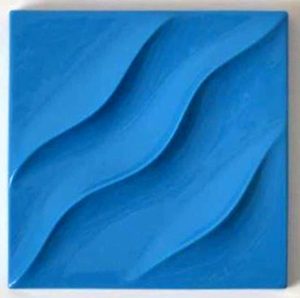 The extroversion born art in the mid-sixties to the canvas, in this case GEM brought about ceramics.

Originally, the technique involved the creation on the spatial expansion on canvas that give the feeling of wanting to literally “go out from the canvas” through a play of light and shadows that gives the illusion of movement. A huge challenge transpose all this into the ceramic material, itself is synonymous with solidity  and stillness.

Yet in the liquid clay that goes into the mold is already the thrust of the movement that then the fire at 1,030 ° C crystallizes in new form: the biscuit. This is immersed in the liquid monochrome enamel, which is then retaken from heat to 960 ° C in its extreme brightness.

Expression of a vital equilibrium as a kind of “dynamic spasm” that swings depth and surface. A decisive and brilliant tone, as if to give a glowing, almost spiritual glimpse, is brilliantly matched with the essential and minimalist style of modern design. GEM takes care of all the craft work, from conception to birth of the tile in all its expressive power.

As a result with our idea, art returns to craftsmanship and joins everyday life; on a wall lived and not in an aseptic museum.

Now beauty thus becomes an impulse that comes out of the created piece and abolishes the eyes of those who admire it even though living the everyday life.  An experiment that gives the light of 30×30 full color artifacts, which arise “single” but which can multiply joining for contrast or chromatic symbiosis; but multiplication is not infinite because the artisan’s heart, who has become an artist, feeds on limited numbers and a desire for authenticity.

His signature is not on paper, but its very “fiery footprints” where is more hidden the soul of extroverted ceramic.

This website uses cookies that help the website function and to keep track of how you interact with it so that we can offer you an improved and personalized user experience. We will only use cookies if you agree by clicking "Accept". You can also manage the preferences of individual cookies from "Customize"
Customize Accept All Reject All
More info Read More.
Content Review

This website uses cookies to improve your browsing experience. Of these, the cookies classified as necessary are stored in your browser as they are essential for the functioning of the basic functionality of the website. We also use third party cookies that help us analyze and understand how you use this website. These cookies will be stored in your browser only with your consent. You also have the option to disable these cookies. However, disabling some of these cookies may affect your browsing experience.

To learn more, consult the privacy policy of the site
Necessary_eng Always Enabled
Necessary cookies are absolutely essential for the website to function properly. These cookies ensure basic functionalities and security features of the website, anonymously.
Functional_eng
Functional cookies help to perform certain functionalities like sharing the content of the website on social media platforms, collect feedbacks, and other third-party features.
Performance_eng
Performance cookies are used to understand and analyze the key performance indexes of the website which helps in delivering a better user experience for the visitors.
Analytics_eng
Analytical cookies are used to understand how visitors interact with the website. These cookies help provide information on metrics the number of visitors, bounce rate, traffic source, etc.
Advertisement_eng
Advertisement cookies are used to provide visitors with relevant ads and marketing campaigns. These cookies track visitors across websites and collect information to provide customized ads.
Other_eng
Other uncategorized cookies are those that are being analyzed and have not been classified into a category as yet.
SAVE & ACCEPT
Powered by